Last weekend I had an unparalled opportunity to participate in the WWCodeATL hackathon, hosted at ATDC in Tech Square. This was the first such hackathon co-organized by the Tampa, Atlanta, and Charlotte chapters of Women Who Code, and I’ll highlight below some unusual aspects of the event that, as a participant, I think worked really well.

For starters, an entire day (Friday) was devoted to brainstorming and inspiration, which lay foundation for what would traditionally be the first event at a hackathon: the idea pitch session and team formation. Friday morning, several of the mentors who would be available throughout the weekend hosted breakout sessions to demo code and project ideas of their own, then after lunch WWCodeATL gave a session called “Hackathon 101”, in which they went over the format, strategies for working under tight deadlines, and broke us into very broad interest groups (IoT, Social, Media, Misc) from which smaller groups organically emerged. It was from during these sessions that the idea my team ultimately decided to pitch and present came.

After “Hackathon 101” WWCode organized a powerful inspirational keynote from none other than Regina Wallace-Jones, the Head of Security at Facebook, who had also spoken at Connect in March. After describing her own journey in tech, she shared this inspirational take away message:

Step out of the smallness of technical skills. Step into inspiring millions. Look inside yourself, how you surround yourself, how you spend your time. Ask: Am I just checking the boxes? Really find what unleashes what’s inside you, then run with it. That’s where your engineering begins.

A happy hour followed, which was great for informal networking. I met several future team members this way, connecting with them as known actors during the team formation/ pitch meeting that followed. This team formation was the final event for Friday. Saturday we had access to the space for all day hacking from 8AM - 10PM. Sunday the space was again available from 8AM, and our final presentations in front of judges began at 4PM. What a whirlwind!

Within IoT I personally have a soft spot for commercial and industrial applications. Consumer goods tend to capture the imagination due to their relatability and everyman-relevance (motion sensing cameras on your front door! a fridge that tells you when you’re out of milk! a sous vide you can set from work!). Meanwhile the non-consumer IoT revolution has proceeded quietly and without marketing fanfare, but none of us are strangers to the concept of smart traffic lights or early warning systems. IoT already has significant adoption among the largest industry players and far greater potential for wide-reaching productivity improvements.

We framed our hacking around a central idea: small- to mid-sized fuel farms need sensors to automatically check for abnormalities in the system which could indicate a leak or otherwise unsafe condition. We aimed to target small- to medium-sized fuel farms, likely with <100 employees per location and <$50M in revenue for an off-the-shelf solution requiring no dedicated engineers on staff.

Shirley, from WWCodeBirmingham, was thoughtful enough to bring with her five Arduino starter kits fron her local hackerspace for open use during the event. This seemed as good of an excuse as any to hack around with the hardware. We decided to take our idea and run with it, acknowledging up front that – especially since none of us had experience with Arduino and no mentors would be on hand having had direct experience with the system – we were unlikely to achieve MVP (minimum viable product) within the course of a single weekend and therefore were also extremely unlikely to “win” the hackathon.

Nonetheless, we sketched out what MVP would look like:

And in the end we were able to get temperature sensor data from an Arduino-attached thermistor real-time into Google Firebase. Our (messy) codebase is available on Github. We presented on this demo as well as our business case, which was pretty solid. In fact, we ended up getting a nod from the judges for it, winning the “Business Smart” team award and six months of coworking space access – cool! 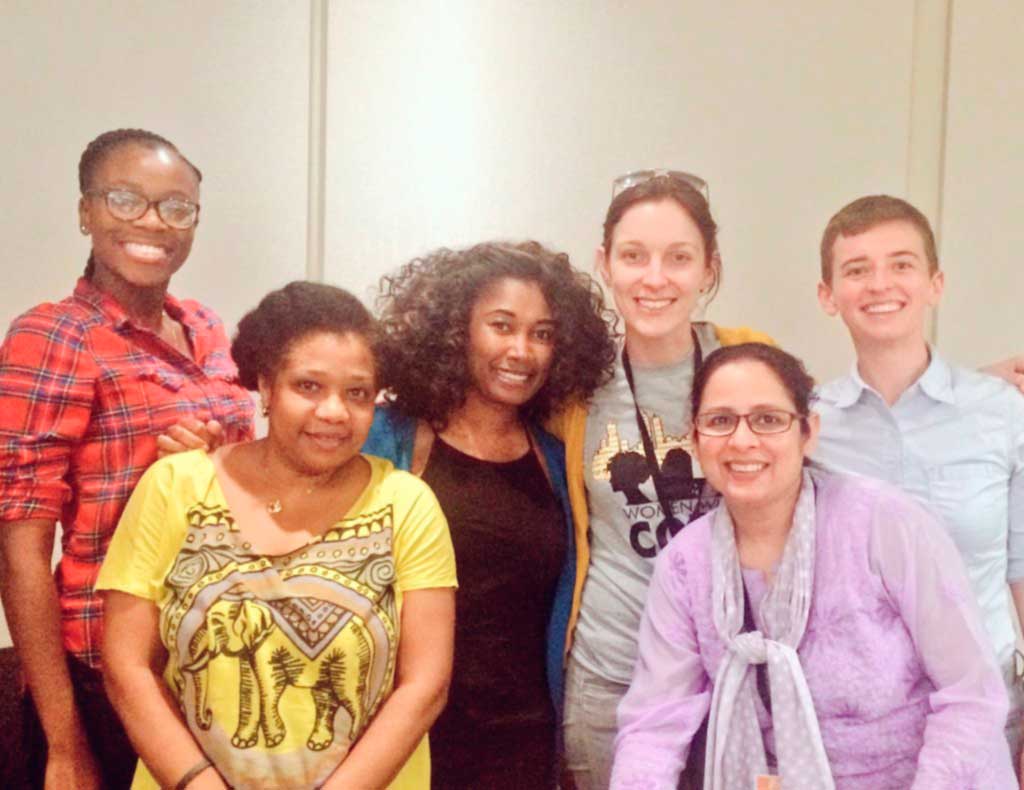 Full disclosure: While travel and accommodation were provided on my own dime, I did receive a sponsored ticket the WWCode CODE Review newsletter lottery. You can join the newsletter here.